America’s Cup: All the crew, all the yachts! 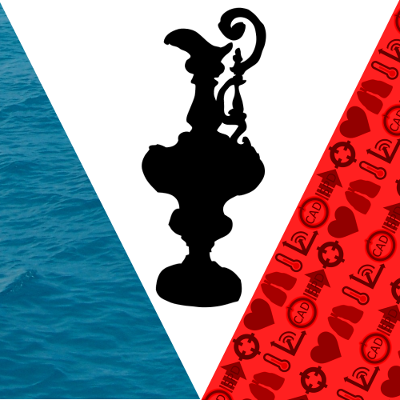 Yellowcog’s Pilot™ biometric monitoring systems are to be used throughout the America's Cup event to monitor both crew physiology and the extreme physical workload they are undertaking. The data collected will be distributed as part of live TV broadcasts, highlights and through the America’s Cup app.

From the America’s Cup yacht crews we will provide heart rate, heart rate variability, breathing, body temperature, g-forces, calorie burn, exertion and stress levels. On the yacht, we will provide data from all of the grinding positions to show how much work is put in.

The America’s Cup race will be held in Bermuda and most teams are already there preparing. Emirates Team New Zealand are the one team that have stayed at home and have now revealed why: their hull-mounted bike grinders (possibly now known as “cyclors”!). We’ve recently added the ability to collect data from up to 15 ANT devices so we’re ready for them; eight bikes on their yacht presents no problem.

The system will use a combination of Bluetooth and ANT wireless technologies to simultaneously collect data from all the crew as well as allowing crew changes without needing to reconfigure the system. The data is output via RS-422 to the off-yacht media stream as well as being made available to the teams via a separate CAN bus. Each yacht will have yellowcog’s Pilot™ mounted on the aft media post which gives it complete wireless coverage of the entire yacht. The Pilot devices have built in security to ensure that all competitors are given the same Americas Cup Event Authority controlled set-up and that no one gains an unfair advantage. All teams will conform to the terms in AC35 Biometric Data Specification.

Pilot™ was originally designed for motorsport driver monitoring but soon found uses outside of this; from cycling to educational TV programmes. There are many parallels between motorsport and top-tier yachts racing. The yachts run data logging and analysis systems that were also originally designed for motorsport. Systems (like Cosworth’s Pi) are used to monitor and control all aspects of the yacht. The pedestals are used to provide hydraulic power to the yacht to move the hydrofoils and sails. The crew operate as “human batteries” providing the power with the on-board systems able to distribute it to where it is needed.

Yellowcog is very proud to have been given this prestigious contract and we are hugely excited that biometric monitoring is coming to the fore in a year when physical fitness, load and performance could make the difference between first and second.