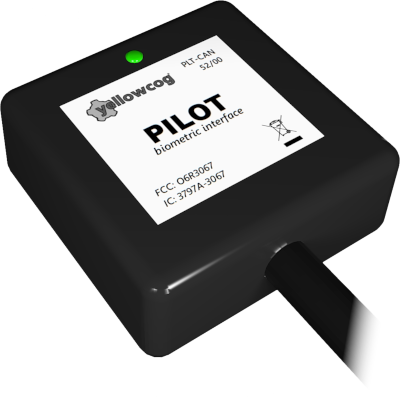 Pilot-CAN Version 2.0 is now out and has a range of great new features. All the features of the first version are still there but we’ve added even more.

As with version one, measuring vital signs such as heart rate, RR variability, calorie burn and exertion levels are getting them onto a CAN bus is easy; but now there is more!

Bluetooth Low Energy support is now built-in as standard as well as more configuration options and support for more wearables and sensors. Bluetooth Low Energy (a.k.a. Bluetooth Smart or BLE, also sometimes known as BTLE and also referred to as Bluetooth 5!), whatever you want to call it, is the new standard for wearables alongside ANT+. With Pilot-CAN V2, either of these protocols can be used to connect to wearables or even relay data from one sensor to a display device or similar. It’s this added flexibility that makes Pilot-CAN not just useful in motorsport but also as a data processor for BLE and ANT messages; the Pilot-CAN also works as a protocol translator, taking in ANT and emitting BLE or visa-versa.

Both configurations and firmware updates are now be done wirelessly, direct from your laptop or PC. You can even store configurations on an iPhone or Android phone and update the Pilot-CAN wirelessly from your mobile – no PC required!

Pilot-CAN was designed for motorsport and that is still its main use: collecting data from wearables and delivering that data to CAN data loggers. For non-motorsport users the Pilot-CAN is used in similar way but is capable of even more! Hundreds of devices can be linked together over hundreds of meters. This sort of architecture bridges between wireless mesh sensors and wired sensors. The possibilities are limitless!

All these new features and still the same great price: £360 ex VAT.